Help Us Save the Coconut Grove Playhouse

Counterpoint to Miami-Dade County’s justification for the destruction of 83% of the almost 100-year-old Coconut Grove Playhouse building. Yes, the County plan does in fact jeopardize its historic designation according to the state’s Deputy State Historic Preservation Officer, and it does violate the City of Miami’s historic preservation laws. Unlike the Sears Tower, where only the tower was designated, the entire Playhouse was designated historic by a unanimous vote of the City’s Historic and Environmental Preservation Board because the main playhouse auditorium has much more historic significance than the
Sears retail area.
Hear what the experts have to say...
Melissa Meyer Assoc. AIA LEED AP BD+C Adjunct Professor Miami Dade College School of Architecture and Interior Design

Comparing the Sears Tower and the Playhouse is like comparing apples and oranges. They are two different building typologies.
"If the proposed plans are implemented the property will no longer possess the historic character and integrity that allowed the property to be listed in the National Register. Therefore, the Playhouse could be removed from the National Register." (See letter from Jason Aldridge, Deputy State Historic Preservation Officer)

"In the context of the proposed project, our office does not consider restoring the façade to the 1927 design to be inappropriate, as long as the remainder of the building is consistent with that period." (See letter from Jason Aldridge, Deputy State Historic Preservation Officer)

The photo below is an example of tongue-in-cheek sarcasm, i.e., a cruel joke, and in no way resembles preservation—mere shards, fragments, bits and pieces, ripped from their original context—to create an ironic, mournful display of kitsch. (See County photo of historical elements “on display.”)

"The Standards are flexible and allow for a property to be modernized and improved to meet current needs while still maintaining the historic nature of the property." (See letter from Jason Aldridge, Deputy State Historic Preservation Officer) 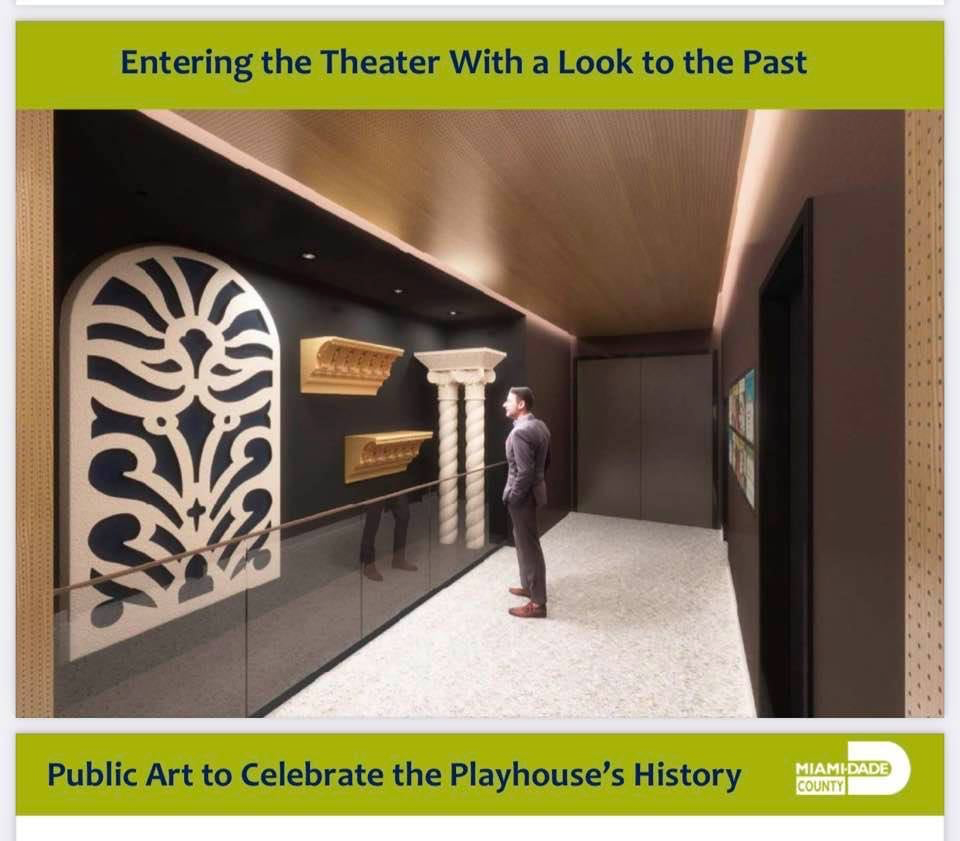 Join our Grassroots Team to
Save The Coconut Grove Playhouse!